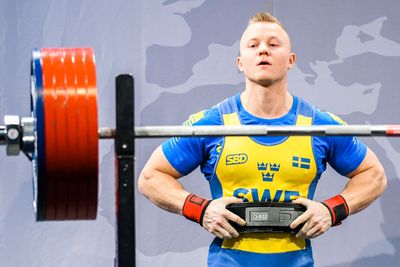 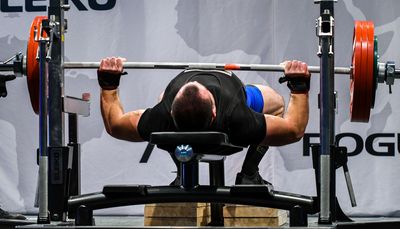 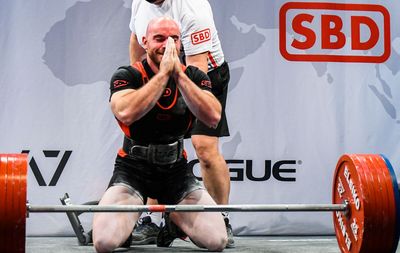 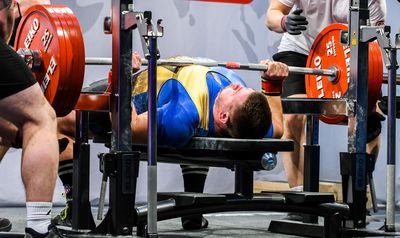 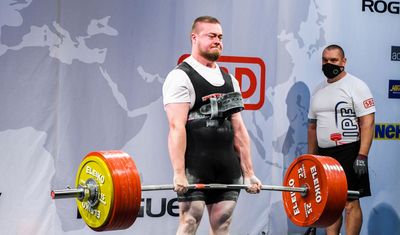 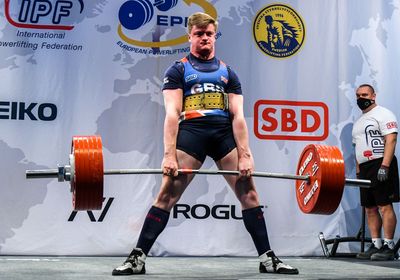 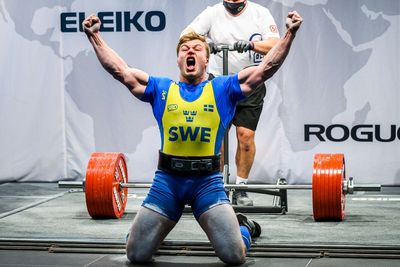 The afternoon and evening of Saturday, Day 9 of the European Classic Powerlifting Championships and Day 3 of the Open competitions and, after a morning of stunning powerlifting by the -76 kg women, it was time for the -93 kg and -105 kg men to give us a back to back session of incredible men´s powerlifting at it´s very best.  Nothing seemed too much for these athletes today.

Starting with the -93 kg squats and in Round 2, Vladimir Karaman (RUS) set a new European Master´s One record of 280 kg which he then broke in Round 3 with a lift of 287.5 kg.  And it was heartwarming to see how happy Ruben Rodriguez Castro (ESP) was with his Round 3 300 kg lift!  However, gold was won by Gustav Hedland (SWE) with 315 kg, while the silver went to Rodriguez Castro and William Pickering (GBR) won the bronze with 287.5 kg.

The lifting carried straight on and into the 105 kg class, with barely time for the commentator, Martin Flett, to draw breath!  There were two failed world record attempts in the second and third rounds for Anatolii Novopismennyi (UKR) and that meant that Emil Norling  (SWE) sailed through to take gold with his 342.5 kg lift, with Novopismennyi running up with his 340 kg opener.  Bronze went to Abdul Majeed Sulayman (GBR) with 310 kg.

The mood in the arena was becoming electric with a good crowd of spectators cheering the athletes on for the bench press when we saw virtually faultless lifting from the 93 kg men with Gustav Hedlund (SWE) winning gold with 205 kg,  much to the delight of the Vasteras audience.  Silver went to Teodor Radev (BUL) with 197.5 kg and bronze to Rob Esselens (BEL) with 187.5 kg.

And the pace never let up as we forged ahead to the 105 kg class for their bench session. Again there was immense support from the audience, particularly for the Swedish lifters and the atmosphere was enthusiastically supportive in Vasteras this Saturday afternoon!  Bench medals in the 105 kg class were won by Novopismennyi (UKR) with 225 kg, Jonas Gurdemann (SWE) with 200 kg and Tuomas Hautala (FIN) with 200 kg, in an incredibly close-run battle with Emil Norling (SWE), also lifting 200 kgs but dropping out of the medals on weight.  Sadly, Artem Gonchar (UKR), failed to stay in the competition with three no lifts.

And we hurtled into the final section, the deadlifts.  In the 93 kg weight class, we saw two rounds of good lifts for all.  The third round told a different story, but what stellar performances by Rob Essellens (BEL), Cian Madden (IRL) and William Pickering (GBR), compelling viewing for everyone.  Cian Madden achieved a huge personal best today with 300 kg.  But the medals went to Hedlund (SWE) with 345 kg, Pickering (GBR), with 335 kg, and Radev (BUL) with 317.5 kg.

There was no time to reflect on the scoreboard as we zoomed straight into the 105 kg class with some last-minute changes reflecting the battle ahead.  There were incredible weights lifted in this final part of the competition and a massive progression of weights through the rounds.  The results were nothing short of amazing! We saw Emil Norling smilingly lift an incredible 375 kg as if it were a matchstick!  He certainly played to the crowd today, on his home turf.   Tuomas Hautala (FIN) won silver with 357.5 kg and Novopismenyi (UKR) the bronze with 350 kg.  And final total results for the 105 kg men were Emil Norling 917.5 kg, Anatolii Novopismenyi 915 kg and Tuomas Hautala 842.5 kg.  What an amazing day this was.  Don’t forget to tune in to our live feed tomorrow Sunday for the final day of powerlifting here in Vasteras!