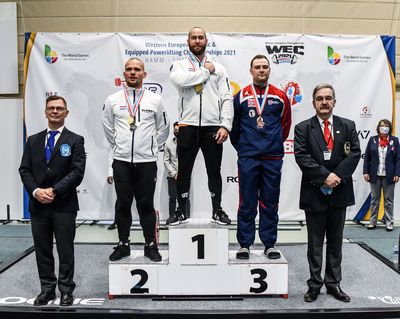 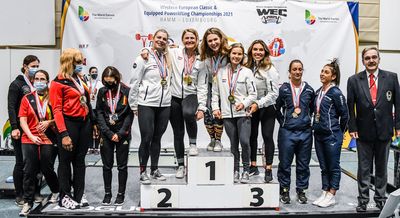 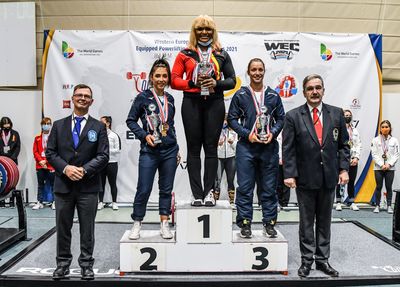 An exciting start to this competion and the first day comprised of two sessions, first men and second women,  at the Western European Classic & Masters Powerlifting Championships 2021 in Hamm, Luxembourg.

Julien Gutierrez of France, in the -59kg category, won the gold medal in total with 528kg

Raymond Bruynaers of Netherlands, in the -83kg category, won the gold medal in total  with 650kg

The female lifters came to platform in the second session, where all bodyweight categories competed.

Sonyta Kyen Muluh of Belgium in the +84 category was the best overall lifter with 99,84 IPF GL points and an impressive total of 540kg