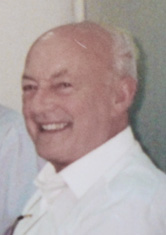 It is with great sadness we have been informed that John Moody from Great Britain has passed away 12. February at the age of 89 years. John took part in powerlifting all his adult life. We remember him from the international venue being the head coach for all British teams. Then he became EPF Vice president and Technical chair from 1988 to 1998. John was also IPF Secretary General from 1987 to 1991. We remember John as a righteous person in all his behaviour being a real powerlifting  enthusiast, a good friend and a dedicated worker to bringing the sport forward.  He will be deeply missed!   (EPF and IPF Executive)