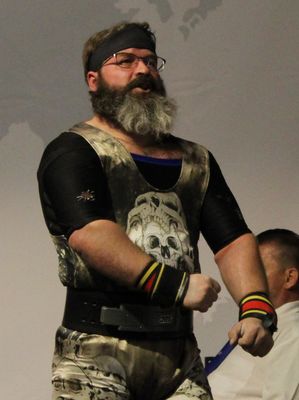 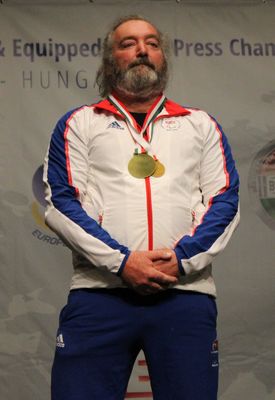 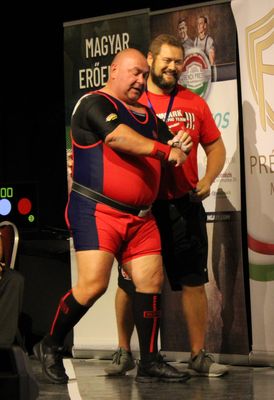 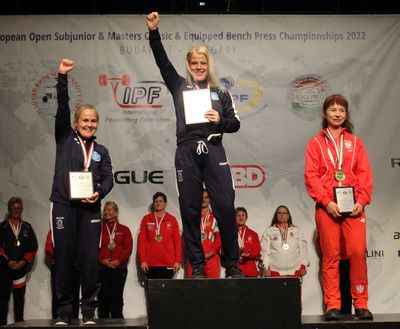 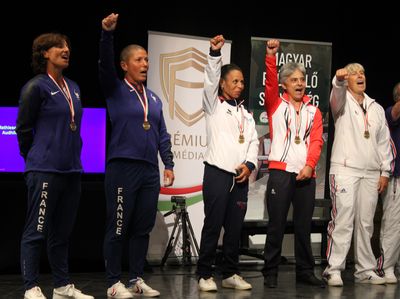 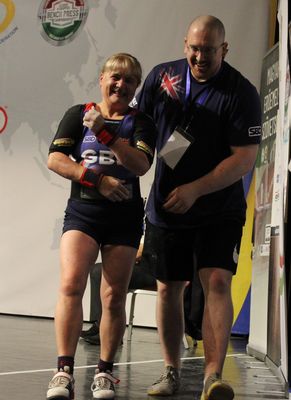 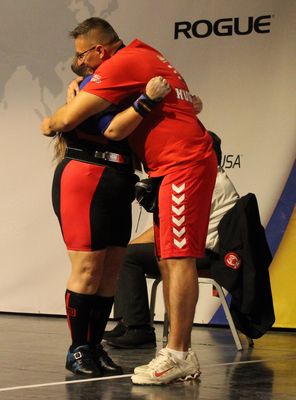 Day One of the Equipped Bench Press competition, starting with Men´s Masters 3 and 4.  Denmark´s M3 John Christensen achieved a new World Record in 120+ class with a massive 255 kg lift.  And our very own commentator Martin Flett of Great Britain won gold, unopposed in his -105 kg class.  Other golds in the M4 category included Janos Pokornyi of the host country Hungary and Seppo Komppa of Finland.   M2 golds, Oleksandr Cherysov of Ukraine in the  -66kg class, Janos Cserna of Hungary in the -120kg class and Jaroslave Soukal of Czech Republic in the 120+kg class.

The Women´s Equipped Masters didn’t disappoint with a fantastic turnout from France, turning the medals ceremony into the French Ladies’ show, with medals all round, Vive La France!   A new European record in the M3´s was set Patricia Maciejewski of France in the -69 kg class with 90 kg.  And M3 Audhild Mathiesen of Norway in the -57 kg class set a new European record of 84 kg.

This was a fascinating finish to the day.  Tomorrow, we start with the Sub-Juniors and the Juniors.  Don´t forget to join us on the live feed!