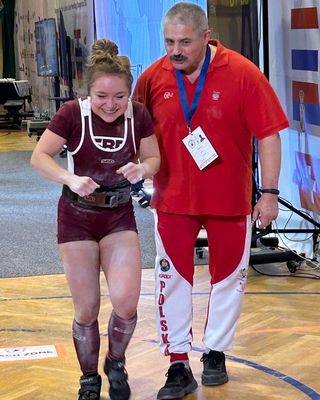 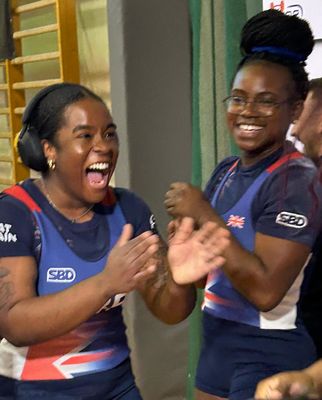 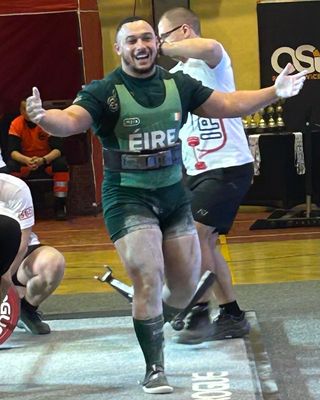 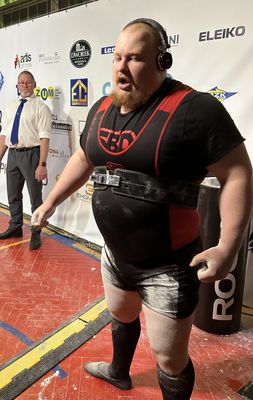 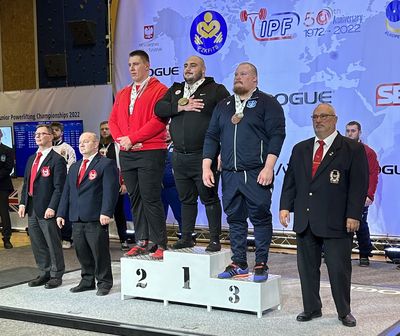 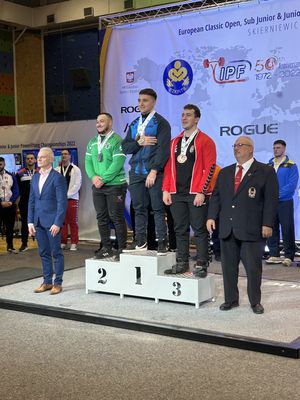 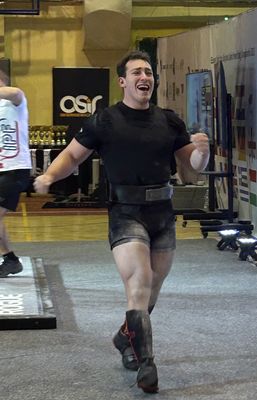 ROUND UP AT THE END OF THE JUNIOR COMPETITION

It was finally the end of the Junior competition and definitely the most spectacular display of lifting ever seen in a Junior competition.  Too many to mention them all, but here are just a few of the records broken in this competition.   European Junior Deadlift record by Andrei Georgescu  of Romania.  World Junior Bench record for Natallia Cheremenko of Ukraine.  Camille Hadrys, France, set a new World Junior Deadlift record with 170kg.    World Junior Deadlift record by Jade Jacob of France with a massive deadlift of 223 kg.   Agnes Rudin of Sweden a new World Junior Bench record with 121 kgs .  Erholove Izabobe-John of Great Britain stunned everyone with her massive deadlift record of 240.5 kg, the biggest ever women´s deadlift in any weight class.   Edoardo Mazzucchiello of Italy achieved a new World Junior Squat record, with his 308kg squat. Temur Samkharadze of Georgia raising 45kg in his second round of squats. In deadlifts, Temur once again, wins a new European total record with a 382.5 kg deadlift and the championship with an impressive 1011 kg total.    And last, at the end of the competition, Anders Broeten Lillemoe of Norway winning World Junior Deadlift record with a massive 368 kg lift.    The athletes never disappoint and this competition was no exception.  The standards just keep getting better and better.   The future of powerlifting is in good hands with these youngsters and we are witnessing the result of a lot of investment from all the nations.  Juniors and Sub Juniors will be split from the Open competitions next year and this will give next year’s Juniors a chance to compete in the Open competitions as well if they wish.