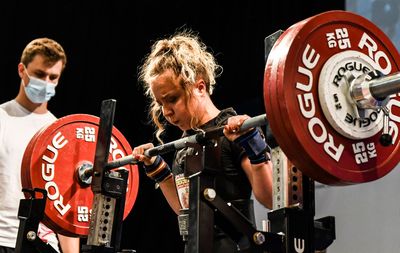 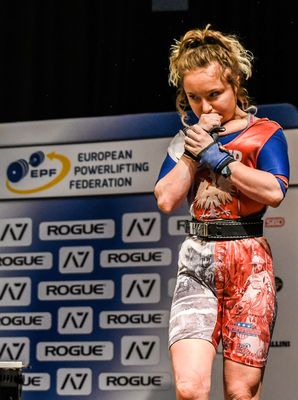 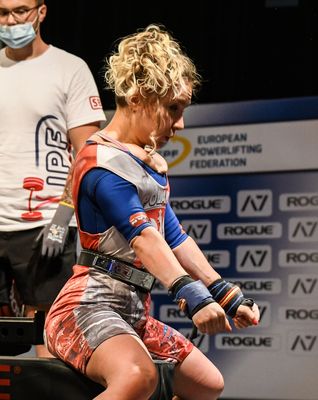 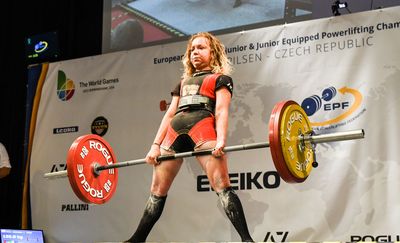 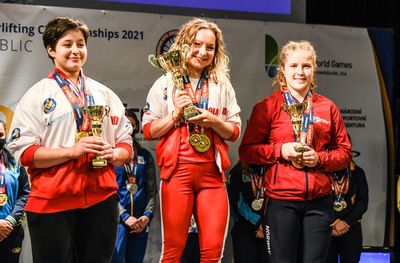 During the recent Powerlifting Championships in Pilsen, Czech Republic, I had the absolute privilege to speak to 22-year-old Zuzanna Kula of Poland.  This is the girl who broke three world powerlifting records in one single afternoon of Junior Powerlifting and who still doesn´t quite understand what all the fuss is about.   In this tiny frame exists a will of steel and gritty determination although she readily admits that she can´t quite believe that she is a record-breaker.

Shy and unassuming, Zuzanna struggles with self-confidence.  She says she´s working on it.  There was certainly no evidence of lack of confidence during her performance.  Weighing just less than 47 kilos, and standing significantly less than 5 feet, she nevertheless squats a massive 185kgs, just under four times her body weight,  setting a new junior world record in her weight class.

Her bench press was equally stunning.  Once again, she excelled with a new world junior record lifting 110.5 kgs. And deadlift 160 kg, no record but still an outstanding lift which gave her a World record total of 455.5 kgs, nearly ten times her body weight and making her the Best Lifter with IPF points 99.94 in the female Junior category.

When asked about her talent, she modestly protests that it´s not talent but hard work that has catapulted her into the record books.  She says that the strength is in her mind, not her body and that this strength has its roots back in her tough and unhappy childhood years. Her parents divorced when she was young and her father left her to struggle in a difficult relationship wih her mother.  The relationship is better now, but she has no contact with her father and doesn´t want any.  She still feels sadness and anger for the losses of her past and she says it is this these feelings that she turns around and channels into her sport.

Unbelievably, Zuzanna has been lifting weights for less than three years.  Before this she was a long distance runner, regularly competing in marathons.  A change in direction came when her PT Instructor encouraged her to start lifting weights.  And once she had started she quickly realised that powerlifting was her future.

Asked where shes sees herself in 5 years she laughs.  World Champion of course!